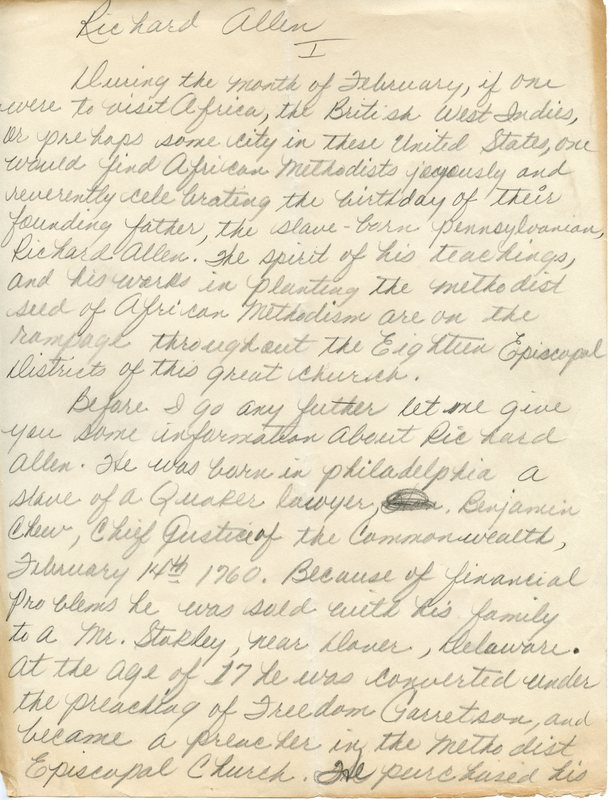 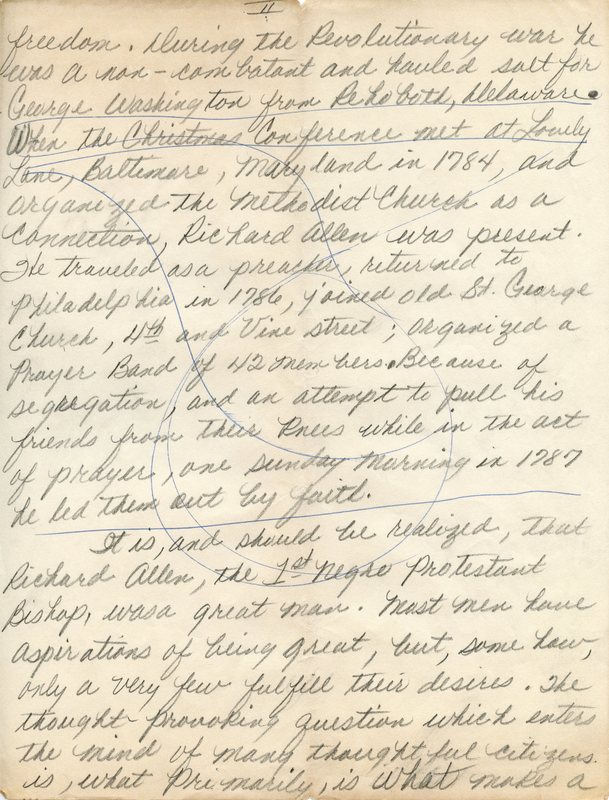 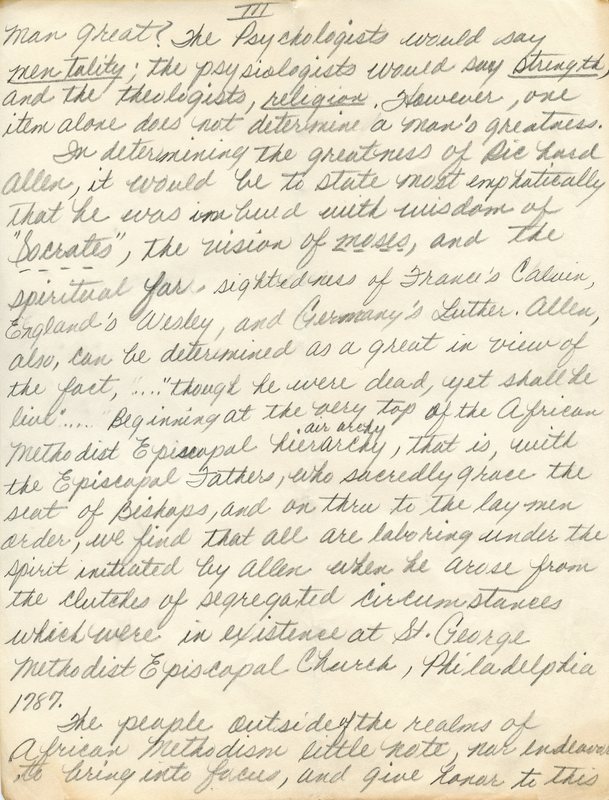 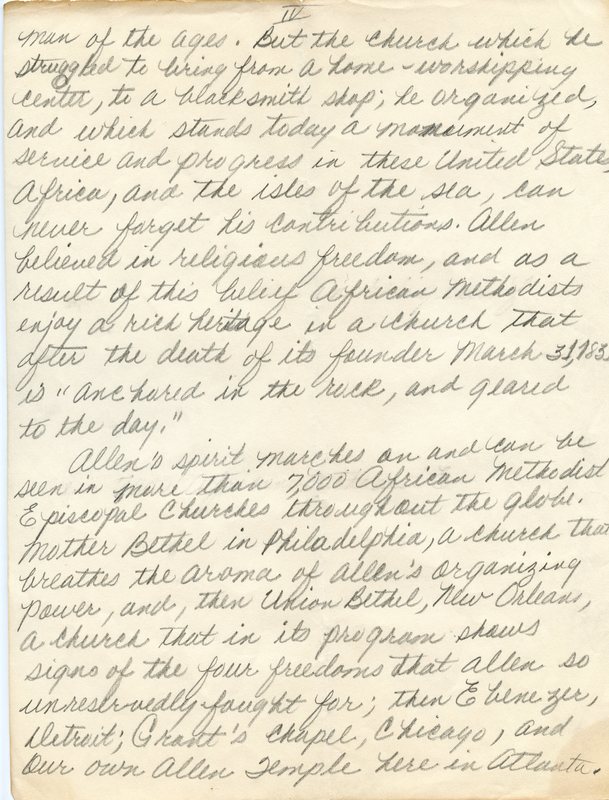 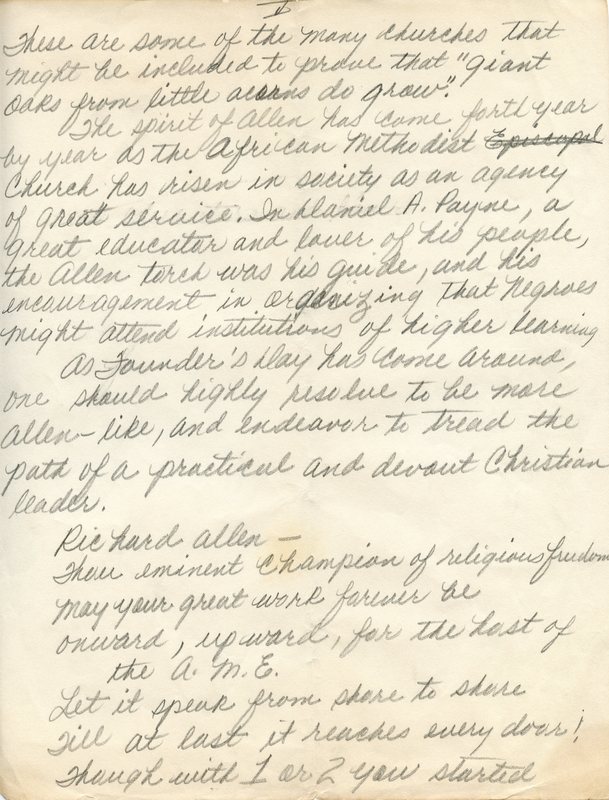 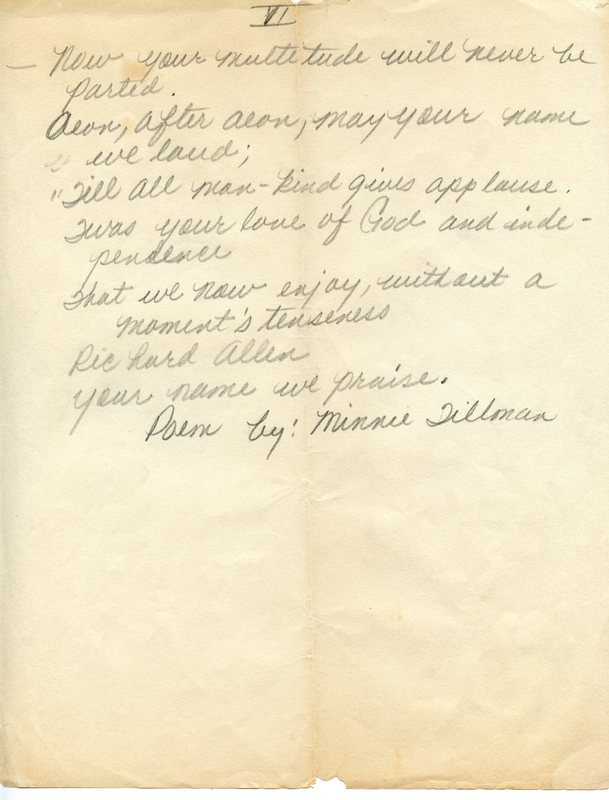 Shirley Harper writes about the history and message of Richard Allen, the creator of African Methodism. Born on February 14, 1760, Allen bought his freedom from slavery after becoming a preacher in the Methodist Episcopal Church. Allen believed in religious freedom and founded the African Methodist Episcopal Church that spans more than 7,000 churches throughout the globe, including Antioch A.M.E. Church in Decatur, Ga. Harper ends the account with a poem by Minnie Tillman titled "Richard Allen."

Copyright of digital items is held by the Antioch A.M.E. Church. This site and its collections are for research and educational purposes only. All queries about reproduction in digital or physical form must be directed to the site administrator.

During the month of February, if one were to visit Africa, the British West Indies, or perhaps some city in these United States, one would find African Methodists joyously and reverently celebrating the birthday of their founding father, the slave-born Pennsylvanian, Richard Allen. The spirit of his teachings, and his works in planting the Methodist seed of African Methodism are on the rampage throughout the Eighteen Episcopal Districts of this great church.
Before I go any further let me give you some information about Richard Allen. He was born in Philadelphia a slave of a Quaker lawyer, Benjamin Chew, Chief Justice of the Commonwealth, February 14th 1760. Because of financial problems he was sold with his family to a Mr. Stokeley, near Dover, Delaware. At the age of 17 he was converted under the preaching of Freedom Garretson, and became a preacher in the Methodist Episcopal Church. He purchased his 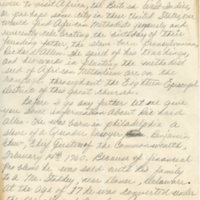 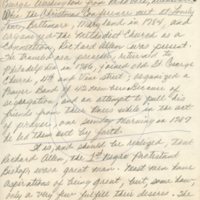 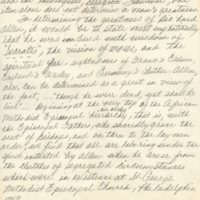 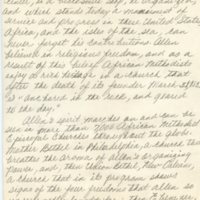 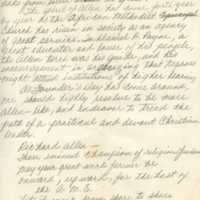 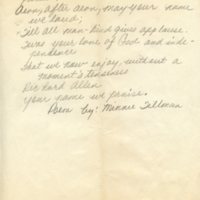